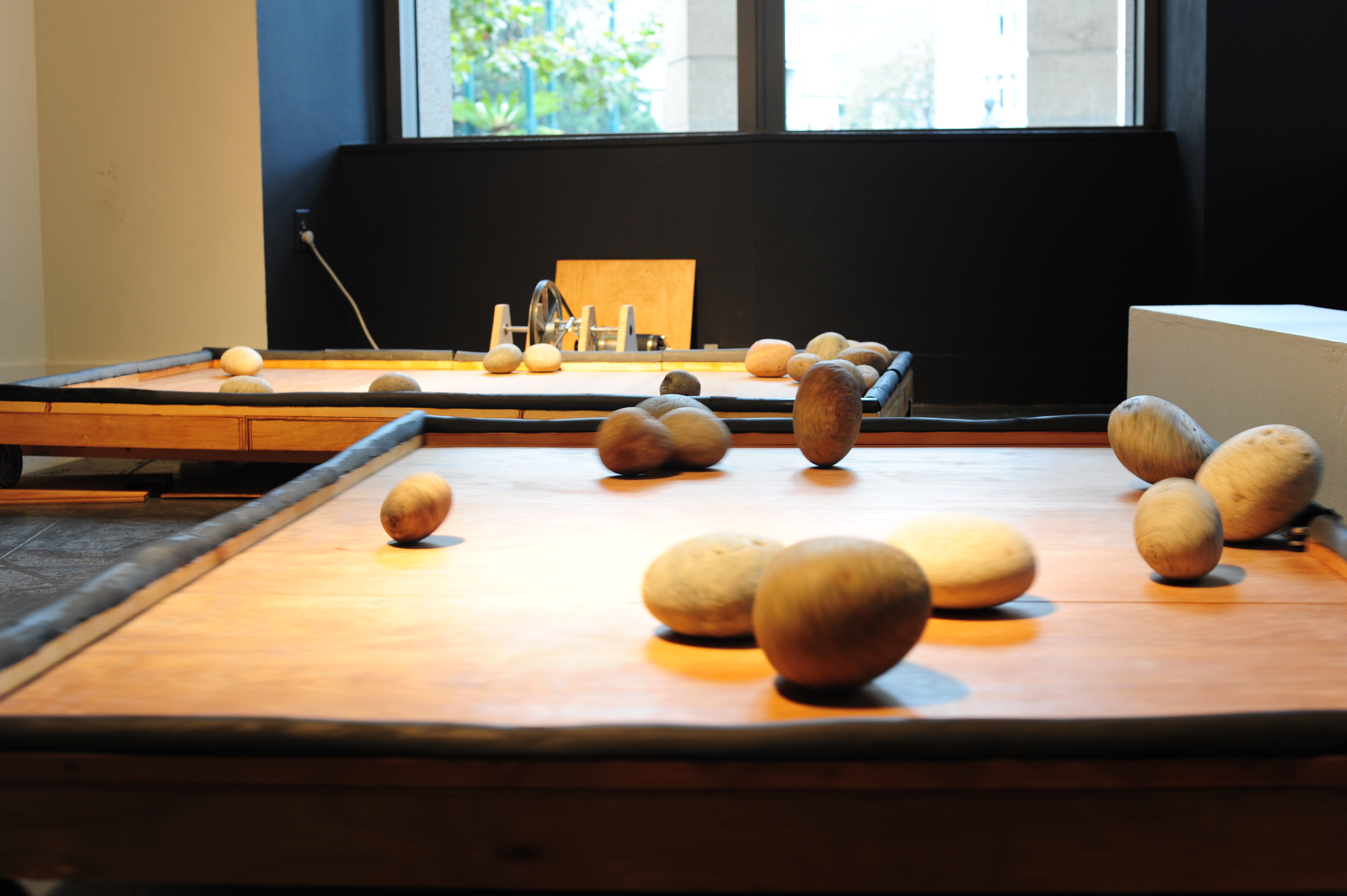 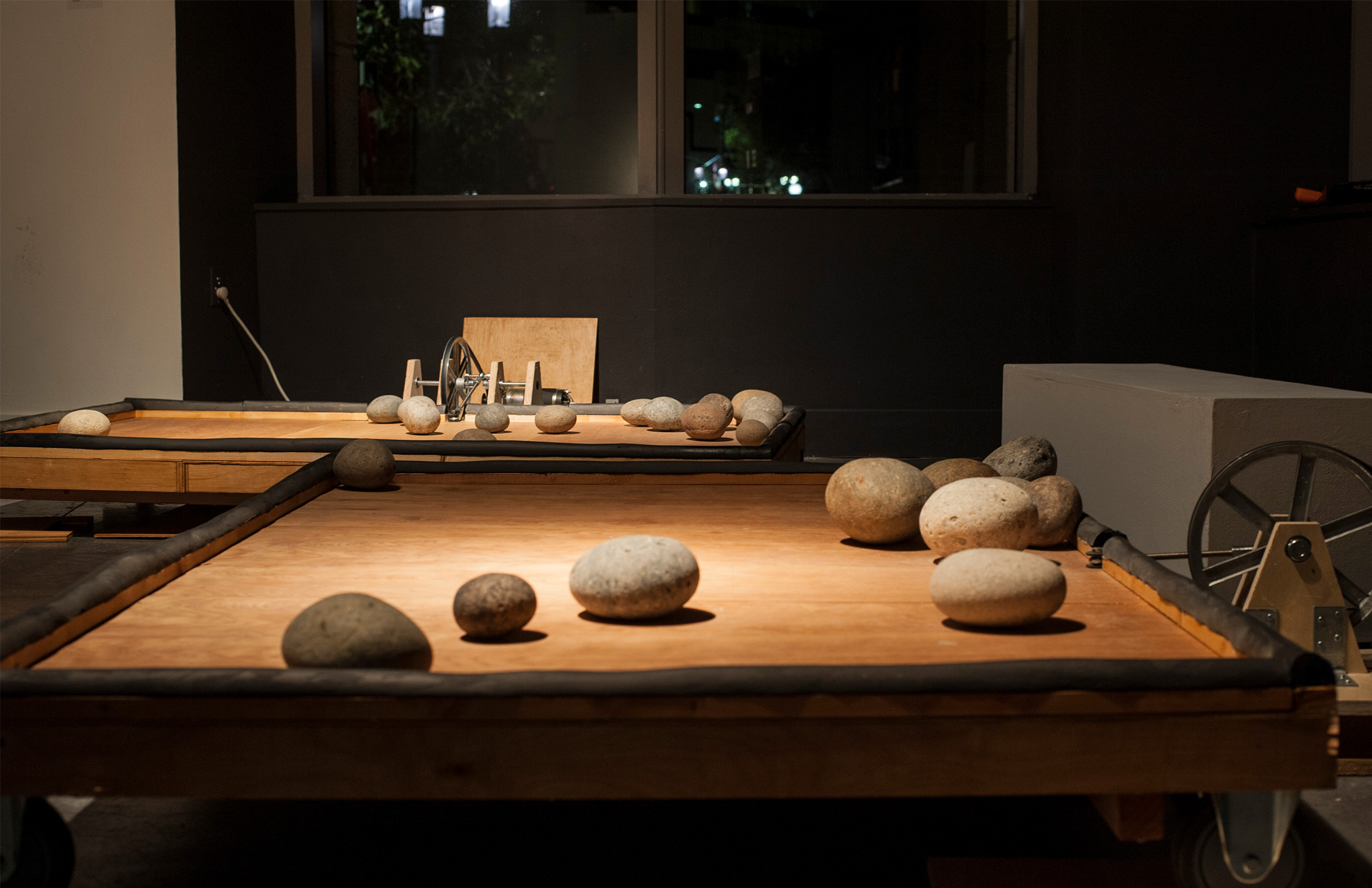 This piece explores the outcomes of animate motion posed by large rocks, objects typically considered to be symbols of stasis, non-sentience, and mass. Rocks in Roll sets in motion an assortment of large river rocks that roll around surfaces upheld by reciprocating wooden platforms. Because each rock bears a unique deformative shape, they contain a range of unique rolling frequencies. As the reciprocating motion of the platforms change over time, various rocks begin to oscillate with more velocity thereby resonating the sounding wooden platforms. Taken as an ensemble of rolling masses, each rock’s kinetic vacillations contributes to the dense buildup of sonic mass over time. This piece was inspired by the notion of ‘learnable weights’ in machine learning contexts and the chaotic motion exhibited by elementary particles that comprise the biological makeup of the rocks themselves.

Rocks in Roll from Nolan Lem on Vimeo.