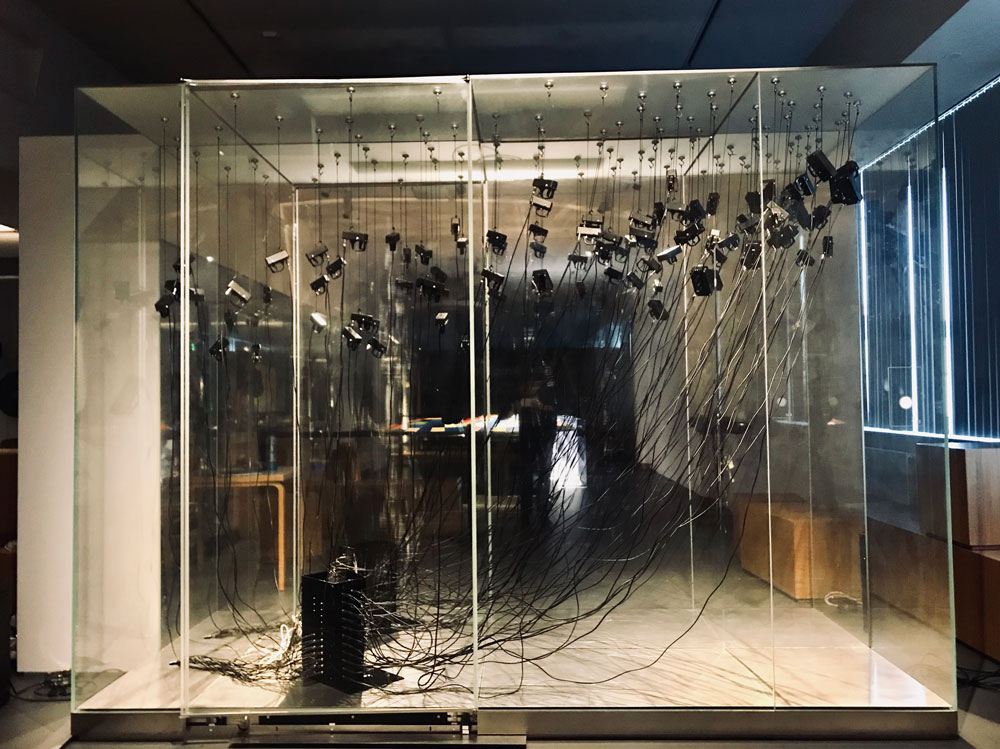 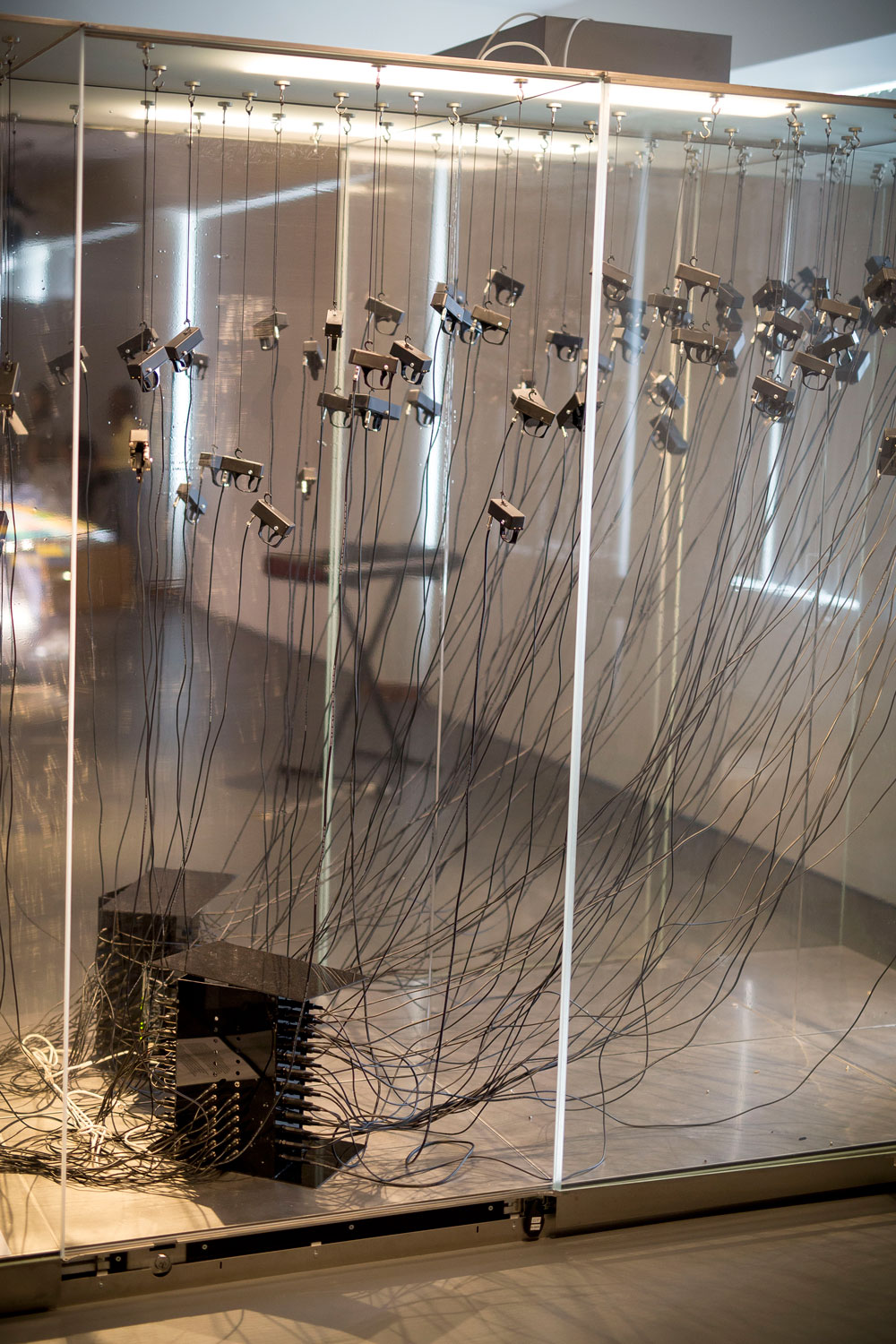 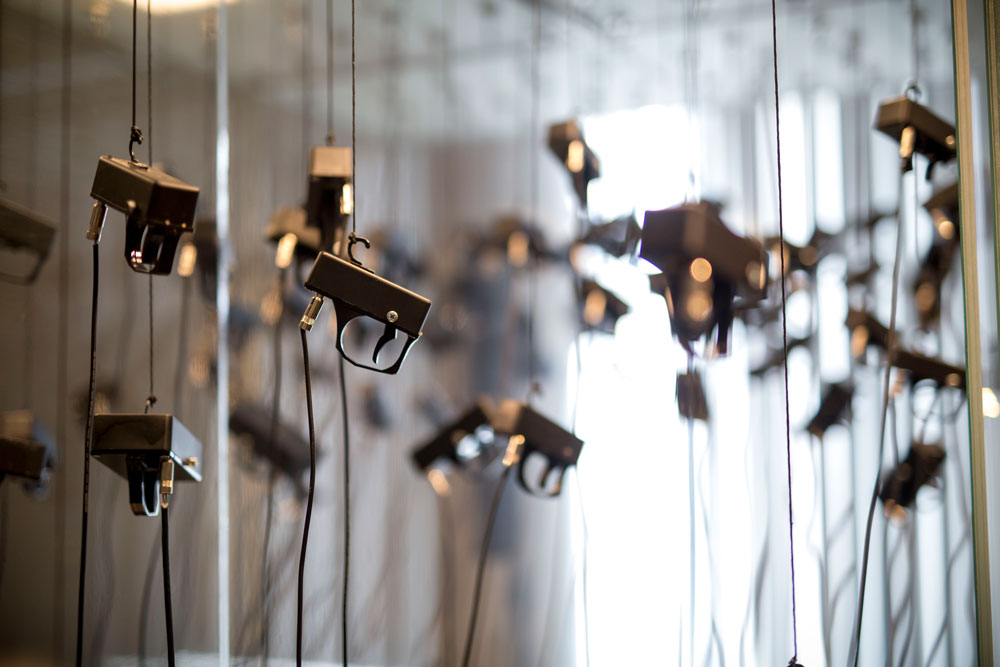 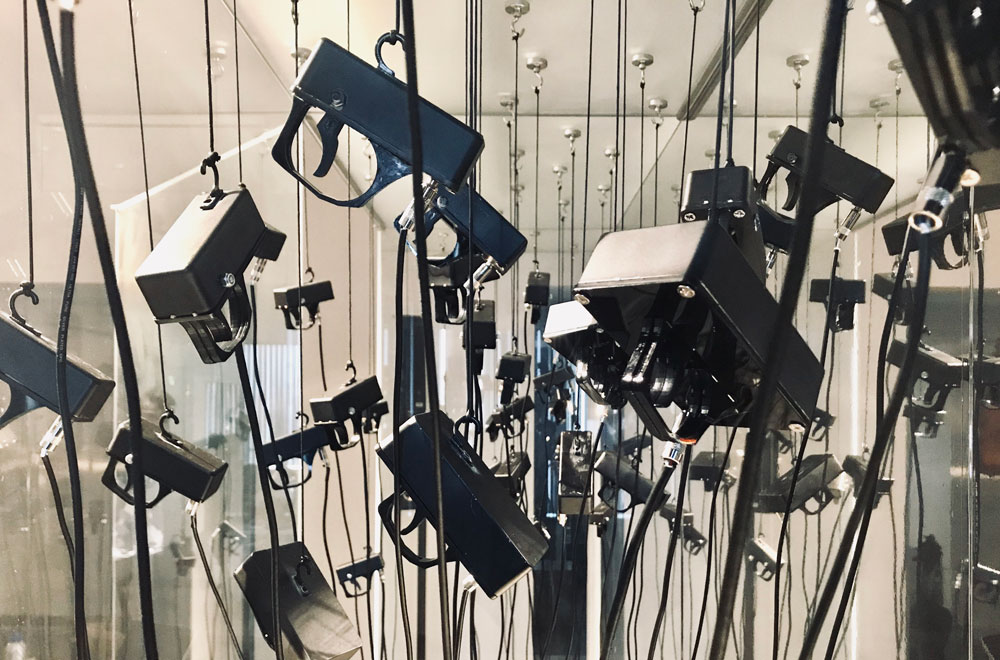 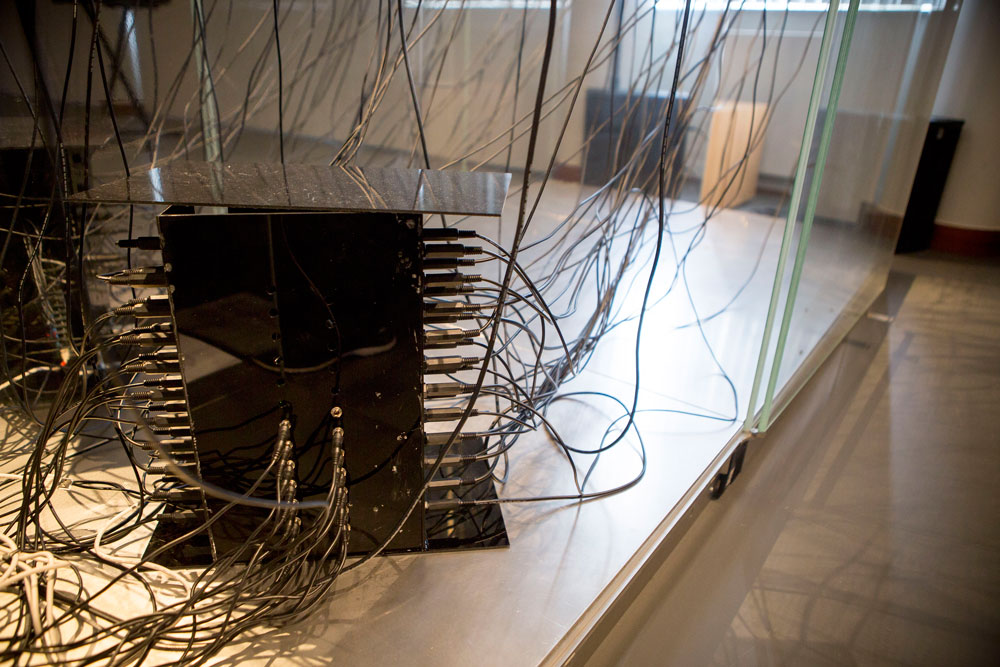 Inspired by the collective behaviors associated with biological swarms, this piece repurposes the deconstructed gun trigger as an autonomous sound object to evoke the repetitive nature of gun-related violence. Using statistics taken from the occurrence of firearm-related deaths from each US state, fifty custom fabricated automatic rifle (AR) style triggers are subject to various self-organizing and behavioral algorithms where they align, synchronize, and devolve to reveal the emergent polyrhythms inherent in American patterns of violence. The empty gesture of the unloaded, cold-clicking trigger is emblematic of the listlessness of political action and redress. In this piece, this sound is used as a medium through which the trigger swarm aggregates and composites sonic mass.

Positioned in the glass enclosure like a flock of birds, the triggers call to mind the taxonomical habitats often displayed in menageries and natural history museums. The kinetic mechanism itself problematizes the nature of intention and premeditated action associated with gun violence where the act of “pulling the trigger" has taken on an autonomous role independent of human engagement and volition. By interrogating the cultural anxieties surrounding firearm ownership, this installation points to a future in which technology, automatization, and a persistent military-industrial complex have created the ideal habitat from which these mechanisms can reproduce, proliferate, and swarm.

MENAGERIE from Nolan Lem on Vimeo.